Last session, more than 80 bills were referred to the committee, which is tasked with investigating the legislative and policy ramifications of all proposals covering voter registration, early voting, campaign finance, regulations relative polling places and other election related topics.

“It is an honor to be reappointed to such an important committee for our democracy, both local and national. Last year Massachusetts saw record turnout at the polls and the introduction of statewide early voting I am interested to hear more from stakeholders on what we can do to ensure that all qualifying residents are registering to vote and accessing the polls,” said Gordon.
In addition to his leadership role on the Joint Committee on Election Laws, Gordon was also reappointed to the Joint Committee on Transportation. The committee considers development, operation, regulation and control of transportation in the commonwealth, including on land, sea and air.

“One of the most important issues in our district is the overflow of traffic from I-95 and U.S. Route 3 onto our local roads. Working with the Department of Transportation and learning about their needs last session allowed me to explore more options that could alleviate traffic in our towns,” said Gordon.

Gordon was also newly appointed to the Joint Committee on Community Development and Small Businesses and the House Committee on Bonding, Capital Expenditures and State Assets.

“When it comes down to it, the most exciting aspect of the upcoming session is the opportunity I will have to work on the issues that most directly impact our communities. I am grateful to the voters for electing me to this position and to leadership for appointing me to these committees; I am looking forward to getting to work,” said Gordon.

Public committee hearings, during which the public has an opportunity to testify on behalf of legislation filed, will begin in the coming weeks. From there, committees assess the proposed legislation and vote on sending it further through the legislative process. 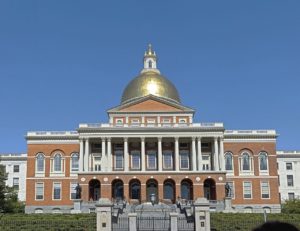